Don and Carolyn met and came together to create their hit duet show “Two of Hearts” to celebrate and to share their love for the beloved standards, along with duets from hit Broadway musicals like “Phantom” and Les Mis” as well as contemporary “popera” from artists like Andrea Bocelli, Celine Dion, and Sarah Brightman. Both Don and Carolyn have professional stage credits to their names, and have performed nationally and internationally as sought-after vocalists and actors. Their high-energy performances and witty banter delight audiences everywhere and promise a show like no other!


Private events (including my one man shows) 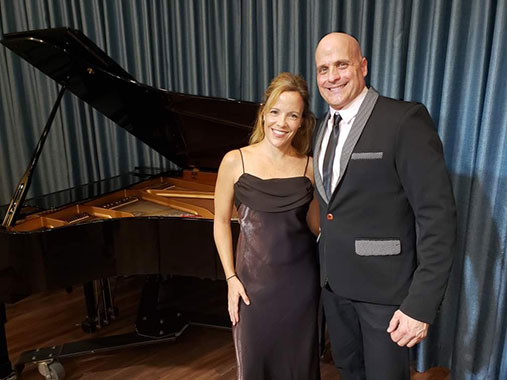 DON STANSFIELD comes from New York where he graduated from NYU. Upon completing his degree, Don sharpened his skills at The American Musical and Dramatic Academy, a prestigious institution which has trained many of today’s top Broadway and television stars.

His love for singing the standards led him to create his one man show, Celebrating the Songs of the Rat Pack. This musical journey takes you down the road of three legendary singers and how they impacted audiences and influenced musical styles for decades.

My list of performances is forthcoming.  Please come back and visit my website regularly for future dates!